This Scarf Protects Against Air Pollution, Allergens and Viral Infections

Air pollution is a major problem around the world, but one company is helping people stay safe no matter where they live. Bioscarf has created a stylish accessory that doubles as a safety mask for people living in places with high concentrations of pollution. These handy scarves help fight against air pollutants, allergens and viral infections, like the cold and flu.

Bioscarf offers its product in a handful of colors, including white, black, green and a camouflage print. Each scarf is made from high-quality polyester and carries the company’s logo. They are roughly 7 feet long and just under a foot wide, making them ideal for burying your face into when cold winds breeze by you. While these scarves are fashionable, they also protect against allergens and viral infections. This includes the cold and influenza, both of which are common infections that become a problem every year in larger urban areas.

The scarves work by filtering out more than 94 percent of contaminants in the air, keeping you just as healthy as a traditional safety mask. According to the company, testing showed that the Bioscarf filtered nearly 100 percent of airborne particulates with a size 0.1 or larger, including pneumonia, strep throat, influenza, tuberculosis, animal dander, pollen and cigarette smoke. 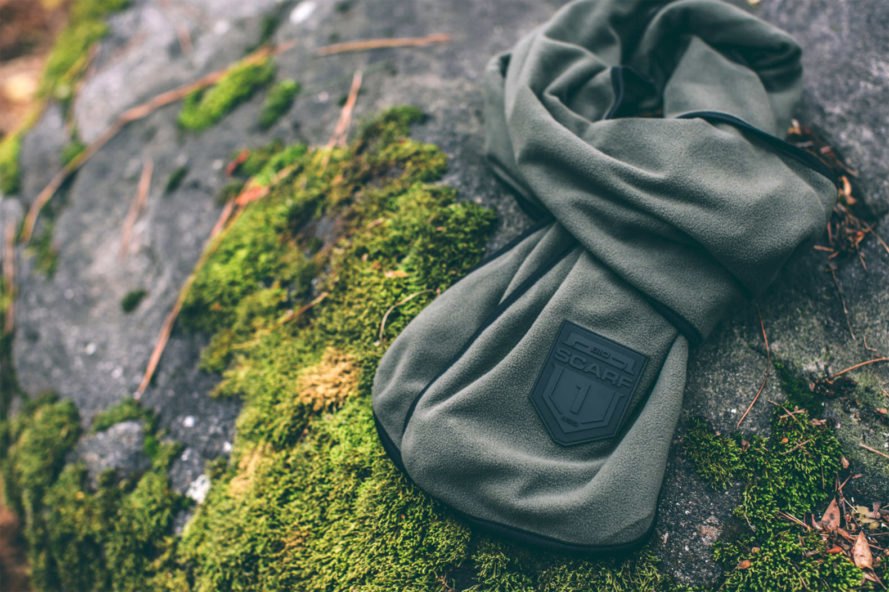 Co-founder Hazel Solle was inspired to create the scarf after a vacation to China with her family. Her husband, Carlton, got sick overseas, and a doctor told them it was likely because of the air pollution. The doctor recommended they wear masks, inspiring the couple to think of a better solution. Hazel also recalled growing up in Costa Rica and making tiny scarves out of leftover materials for her dolls. The idea hit her that scarves could double as fashion pieces and air pollution masks.

In addition to its scarf lineup, the company also has a special program where it donates a scarf to charity for each one it sells — a great incentive for consumers who want to help those in need.

“Experts say that over 2 billion kids around the world are breathing toxic air and nobody is talking about it,” Hazel said. “It’s time to not only raise awareness about this issue, but to more importantly give many of the people at risk who don’t have the means to protect themselves something to help them combat air pollution on a daily basis.”