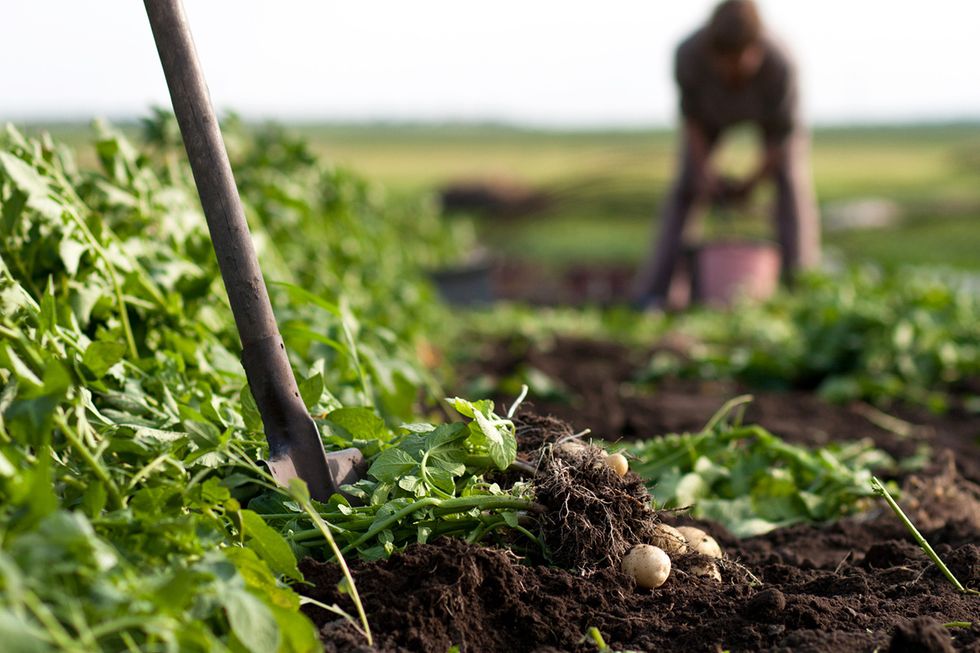 One of the most politically charged debates today, especially in the U.S. and Europe, is the so-called “immigration crisis.” There are approximately 250 million (3 percent of the world’s 7.6 billion people) migrants in the world today. About 20 percent or 47 million of those, live in the U.S. Another 35 million live in Europe.

Recent elections around the world have clearly shown growing public support for candidates and political parties advocating the deportation of migrants and stricter restrictions on immigration, including halting it altogether. At the same time, opposition, challenges and resistance to deportations and immigration restrictions have become more widespread, visible and vocal.

In the U.S., Donald Trump has consolidated a mass base of support among white racists and conservatives by repeatedly vilifying the nation’s 10 million undocumented Mexican and Central American immigrants as “criminals and rapists.” Trump has promised to build a wall along the Mexican border and to deport all “illegal aliens” including 800,000 “dreamers”—Latin American immigrants who came to the U.S. as children and don’t have citizenship papers.

Trump and proponents of mass deportation fail to acknowledge that U.S. foreign policy—specifically the failed War on Drugs; longstanding support for corrupt regimes, police and military forces in Mexico and Central America; and the so-called Free Trade Agreements (NAFTA and CAFTA)—have brought about the systematic impoverishment of small farmers and rural inhabitants South of the Border, inflaming gang and drug cartel violence, forcing millions to cross into the U.S. illegally.

Meanwhile hard-working immigrants lacking citizenship or working papers in the U.S. pay billions of dollars in taxes, strengthen immigrant and low-income communities, send back billions of dollars in “remesas” (remittances) to their families and home communities every year. They often work several jobs, providing a major boost for the U.S. economy, especially in the farm, food processing, restaurant, health care and construction sectors, where work is hard and pay is low.

At the recent regional Summit on Migrants and Returnees in Quetzaltenango (Xela), Guatemala, Oct. 20-21, a new and promising solution to the global “immigration crisis” emerged: the creation of local, grassroots-powered economic development projects based on regenerative food, farming and land-use practices.

A growing number of regenerative farms and ranches worldwide are demonstrating how farmers and herders can restore soil health, improve food nutrition and increase yields, while at the same time strengthening local food systems and traditional practices (such as seed saving and small-scale animal husbandry), empowering women and youth, and restoring or enhancing community food security.

Participants at the Migrant Summit in Guatemala discussed how a “three-for-one” grassroots-powered matching grant or loan program of cross-border financing, supported by immigrants, returnees, citizens and local municipalities could potentially provide the resources for a major transformation of the region’s food, farming and land-use practices.

Leaders of the newly formed alliance, Regeneration Guatemala, explained that the restoration of soil carbon and fertility, water conservation, rainfall catchment, and the utilization of organic and “beyond organic” grain production, agro-forestry and regenerative livestock (especially poultry) practices, could make Guatemala an agricultural leader in the region. By regenerating Guatemala’s agricultural system, the country could eventually supply its 16 million people with affordable, high-quality, nutrient-dense food, and also provide employment and much-needed economic development in the countryside and adjoining urban areas, where poverty and crime are the major drivers of forced migration.

Guatemala is a predominately rural, indigenous and agricultural nation, similar to other nations in Africa, Asia and the Middle East, where forced migration has become a critical issue. A full 67 percent of Guatemala’s citizens, as well as the majority of the over two million Guatemalan immigrants in the U.S. (75 percent of whom are potentially subject to deportation by the Trump administration) come from rural communities where poverty, malnutrition and environmental degradation are the norm. A similar situation throughout the region has driven millions of Mexicans, Salvadorans and Hondurans over the past few decades into forced exile in the U.S. and Canada.

As participants at the Xela Summit stressed over and over again, many of their compatriots in forced exile in El Norte (the North) would be happy to return to their families and home communities, if only there were jobs and social stability.

The more than 1,500 assembled delegates in Quetzaltenango applauded enthusiastically when speakers pointed out that Guatemala’s so-called Green Revolution, which includes the heavy use of toxic pesticides, chemical fertilizers, monocrop production, GMOs and the agro-export model, has had a disastrous effect on their home communities and nations. The reaction was the same when speakers talked about the junk food/fast food model, represented by Coca-Cola, McDonald’s, KFC and Burger King, and the so-called Free Trade Agreements, including the North American Free Trade Agreement and the Central American Free Trade Agreements.

Conference attendees, representing a broad cross section of indigenous communities, small farmers, agricultural co-ops, students, church activists, migrant rights advocates, and “retornados” (immigrants who have returned or been deported from the U.S), enthusiastically endorsed the idea of using traditional and regenerative agriculture practices to restore food security, public health, climate stability and rural prosperity in the impoverished zones of Mexico and Central America where forced migration has become the norm.

As native Guatemalan Reginaldo Haslett-Marroquin of the Minnesota-based Main Street Project and Regeneration International put it, by developing pilot regenerative agriculture systems, such as the Regenerative Poultry Project throughout the U.S. and Mexico “can bring about a revolution of ideas and a flow of capital” into impoverished rural communities where so-called Green Revolution chemical- and energy-intensive farming practices have failed. (La Hora newspaper Oct. 21).

Beyond the discussion of Trump’s wall, mass deportations and the racist discrimination faced by millions of undocumented Latinos in the U.S., the Migrant Summit attendees responded enthusiastically to the idea that communities “aquí y allá,” (“here and there”) could join together and raise the “seed money” for a new healthy, climate-friendly and economically viable system of food and farming.

I learned at the Summit that Guatemalan migrants in the U.S. already send back close to $7 billion a year in money transfers to their families and home communities—twice the amount of money that Guatemalan agro-exporters receive for all of their exports of products such as coffee and bananas. Salvadoran migrants send back a similar amount, while Mexican migrants will send back more than $70 billion dollars to their home communities this year. Channeling a strategic percentage of these remittances into community-based regenerative agriculture projects, along with pressuring local and federal governments to match these migrant “remesas,” could not only restore hope and vitality to these rural communities, but also dramatically reduce the number of forced migrants. Even Donald Trump’s fans of mass deportation might have trouble rejecting this type of cross-border “bootstrap” financing for local economic development.

As I explained to the conference attendees during the final plenary session, regenerative agriculture is not some new invention by organic farmers and ranchers in the Global North. It’s the adaptation of ancient farming practices, such as the traditional Mayan system of agro-forestry, multi-crop “milpa” farming (corn, beans, squash and other vegetables), natural compost and holistic poultry and livestock management.

A form of what is now called regenerative agriculture, or regenerative organic agriculture, was practiced over thousands of years ago by Mayan and indigenous people throughout the Americas. The Mayans survived and thrived in harmony with the Earth—without pesticides, chemical fertilizers, GMOs or concentrated animal confinement. They fed themselves while also maintaining a proper carbon cycle (a balance between CO2 in the atmosphere and carbon in the soil and forests) and a biologically healthy and diverse environment.

Our mission today as “regenerators” throughout the Americas and the world is to recapture, reestablish and scale up these traditional practices. We must modify them to match the specific ecological and marketplace conditions in our local areas and regions. In this manner we can regenerate the soil, dramatically improve yields and food quality, restore public health, eliminate the pressures that cause forced migration, and last but certainly not least, draw down and sequester enough excess carbon from the atmosphere through enhanced plant photosynthesis and reforestation to reverse global warming and climate disruption.

Beyond the still-utopian dream of open borders, Guatemalans and indigenous communities have begun discussing in practical terms what we can do right now to mitigate and eventually put a halt to forced migration. We owe it to them and to ourselves to change the discussion on the “immigration crisis” from walls and deportation to one of cross-border solidarity and regeneration.