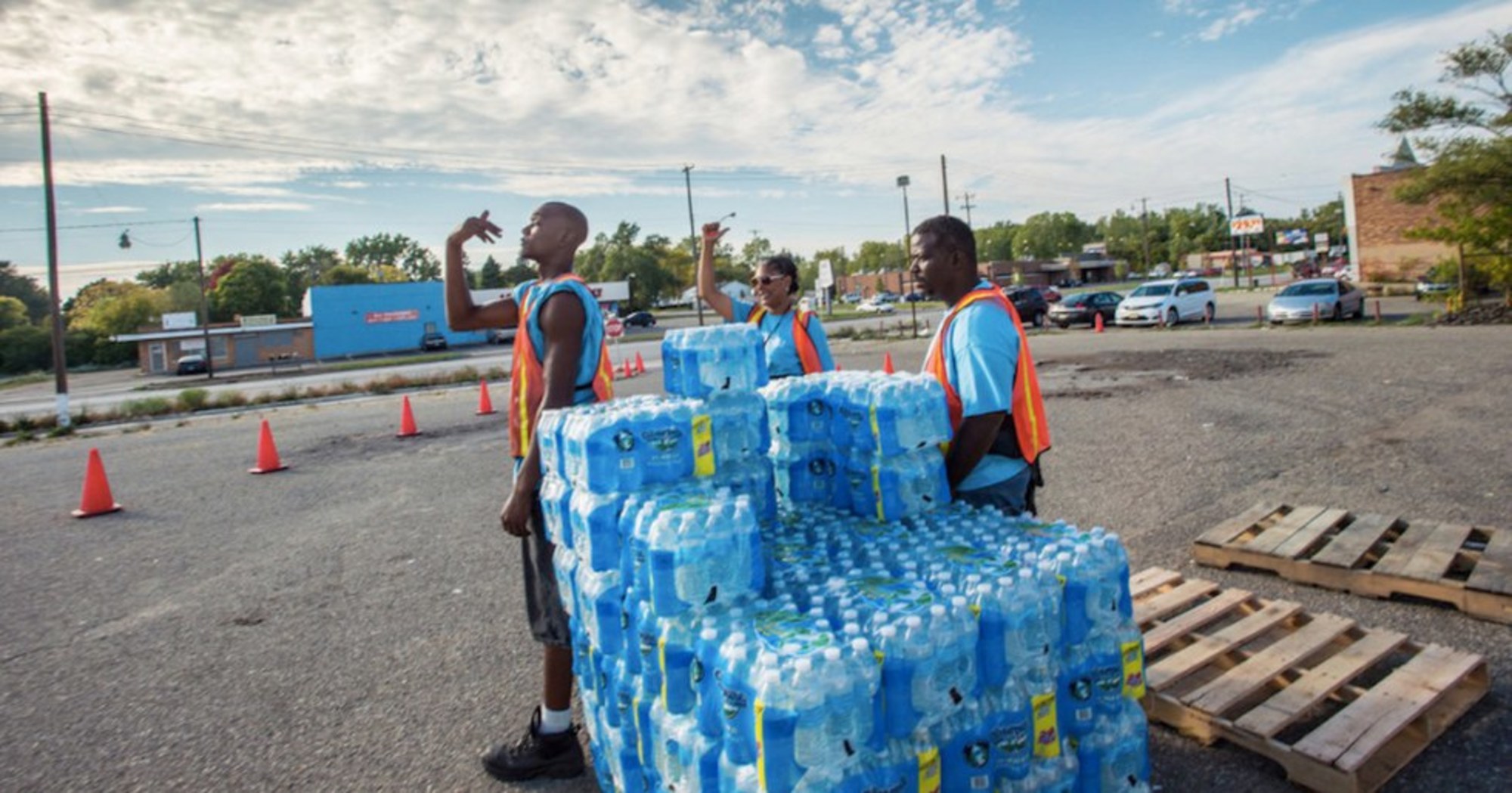 Flint, Michigan doesn’t just have a water problem—it has a water bottle problem. Ever since the 2014 lead contamination crisis, city residents have had no choice but to turn to bottled water for their daily H2O needs.

The state is required to give each Flint resident 14 bottles daily, and when you multiply that with its population of approximately 97,000, that’s more than 1.3 million bottles that could be handed out in a single day. That’s a lot of plastic—and it’s not always recycled.

But artist Mel Chin has come up with a genius solution for this massive water bottle surplus—the Flint Fit project. He’s teamed up with fashion designer and Detroit native Tracy Reese and the Queens Museum in New York City to turn the bottles into raincoats, swimwear and other clothing items.

According to mlive.com, empty plastic water bottles are currently being gathered from homes, community centers and other locations and will be sent to Greensboro, North Carolina-based processing facility, Unifi Inc. There, the bottles will be transformed into thread and fabric to be used for the clothing.

The thread and fabric will then come back to Flint, where participants of the St. Luke’s N.E.W. Life Center‘s sewing program will put together the patterns designed by Reese.

Chin, who helped spearhead the Fundred Dollar Bill project to eliminate lead poisoning in children, commented about the importance of having Flint residents contribute to the project.

“It’s about something that is empty, like a water bottle, fulfilling the potential of jobs and manufacturing that has also been lost,” he told FOX 66 News, referring to the once-thriving “Vehicle City” that was the original home of General Motors.

“This project would only work with the people in this city,” Chin added. “Having the people finish all of the designs in Flint is what makes this a very amazing opportunity.”

A fashion show of the designs is planned for New York City in April 2018. A show in Flint will follow.